Nicholas Brown was 1 of 3 kids from Minnesota. His dad was a Vietnam Veteran; thus, he came from a military family.On February 22, 2001, he enlisted in the US Navy. From the very beginning, he knew it would be a long term career and he wanted to become a Chief. Some of the many places the Navy brought him to was Pensacola FL, LeMoore CA, Fallon NV, and finally Oak Harbor WA, where he was able to finally get pinned as a Navy Chief. We met while he was stationed in Fallon. We soon got married and had 3 wonderfully amazing kids. We loved to cook together, experience new adventures, and learn new things together. Here in Oak Harbor, we would go to the drive-in and enjoy some family time. Nicholas loved the Packers and you would find him watching the games with his kids, relaxing on the couch. He was such a great dad. Today, Sept 2018, my kids are 9, 7, and 3 years old, and I still speak to them about him. Although, Nicholas was a ‘Ford guy’ he was in the middle of restoring a 56’ Chevy Luv; he never finished.The Navy was a huge part of what encompassed Nicholas’ life. He loved to deploy with expeditionary units. Those deployments took him to Iraq and Libya. He strived for perfection when it came to his duties. Being the meticulous guy that he was, he was always concerned about work and how to make things more efficient and effective. He was a great Sailor, a great Chief.The stress of work and home became too much for him and after 16 years of faithful Naval Service and almost 10 years of marriage, on January 18th, 2017, he took his own life. He is missed every day by his family and friends. 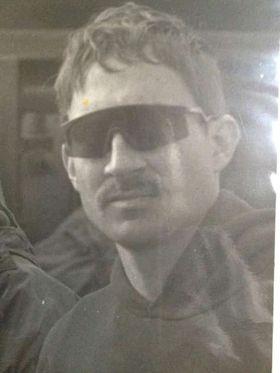 Born in New Zealand, raised in Hawaii and KIA P...

They are so gentle and understanding... if I have any questions I’m always answered in a reasonable time!